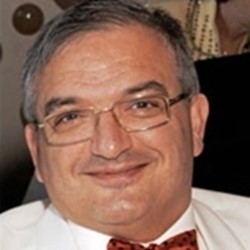 Research interests: Moleculer basis and biology of colorectal cancer (recently published a review in 'The Surgeon')

After graduating from Ain Shams Medical School in Cairo in 1981, Mr Marzouk completed his higher surgical training in London and North Thames.

During this period, he also undertook research at the Royal London Hospital into functional colorectal problems [incontinence and obstructed defaecation] affecting ileal and colonic reservoirs constructed for ulcerative colitis & cancer, for which he was awarded the Doctorate degree in Surgery from the University of London.

In 2005 his practice expanded to include Kent and Canterbury Hospital as well as the QEQM. He is a member of the Association of Coloproctology and Association of Laparoscopic Surgeons of Great Britain and Ireland.