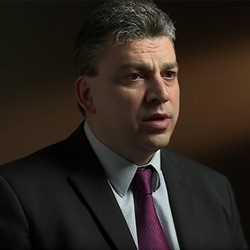 Dr. Tsiamoulos has authored and co-authored several national and international publications and has also worked as a reviewer for reputed professional journals. He has an active association with different societies and academies from all around the world and has received several awards for his contributions to the scientific community.

For 5 years (2012 - 2017) he held the esteemed post of the Clinical Endoscopy/Research Fellow and Senior Gastroenterologists/Endoscopist working in tandem with Professor Brian P. Saunders, at Wolfson Unit for Endoscopy at St Mark’s Hospital and Academic Institute.

His basic PhD thesis (in molecular mimicry in IBD) and clinical MD (Res) ongoing research in Luminal at Imperial College, London led to his appointment as a Consultant in Gastroenterology/Specialist in Gastrointestinal Endoscopy at East Kent University Hospital Foundation NHS Trust. He has held this position with EKUHFT since 2015.

As a leader in field he regularly performs talks, gives presentations and delivers training all around the world as well as sharing his expertise with the BBC and other media organisations. Since 2012, he has already given five invited international lectures in Hellenic Congress of Gastroenterology and several oral presentations/posters to British National and international congresses (moderator, speaker, organizing committee).