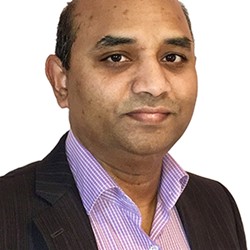 Mr Mangam has trained for over 15 years in General surgery in emergency and elective. He is trained in laparoscopic colorectal surgery and all aspects of coloproctology including bowel cancer, haemorrhoids, fissures, fistula in ano, inflammatory bowel disease etc. He also has a special interest in Pelvic Floor Disorders. In addition, Mr Mangam carries out a full spectrum of General Surgical procedures including Laparoscopic Cholecystectomies, laparoscopic and open hernia repairs, pilonidal sinus surgery and more.